Unilube minimal lubrication systems work according to the physical principle of quasi residue free lubrication. A micro-fine protective film is applied here, which during the process, e.g. the machining of a workpiece, is completely used up.

In this respect we take advantage of two physical properties. On the one hand we lower the coefficients of friction by means of a permanent protective oil film, thus not allowing so much frictional heat to be generated at all. On the other hand, when it comes to quasi-dry machining we make use of the cooling effect, created by the evaporation of the micro-lubricating film, to cool the workpiece and the tool.

As a matter of principle, the mutual contact between a tool and a workpiece generates frictional heat. In this respect it is irrelevant whether this happens at the cutting edge of a machining tool or by using a forming die. This frictional heat or the adhesive and abrasive wear marks that emerge over time define and limit the tool life and hence the cost-effectiveness considerably. In return, the process specialist tries to optimise the key process parameters such as the material, clamping of the workpiece and tool, the tool geometry, coatings and the selected process data, e.g. the cutting speed, in order to increase the cost-effectiveness.

Elementary for greater economy: an improvement to cooling lubrication

As another fundamentally important process parameter, the cooling lubrication is to be considered. This is precisely where our minimal lubrication systems with the quasi-dry machining come into their own and make an essential contribution to commercial success. The phase transition of the protective oil film from liquid to gasiform spends a great deal of the energy from the surrounding area, thereby providing constant temperature conditions on the tool or the workpiece. Thanks to the high-performance UNILUBE lubricants free of dirt particles, the liquid micro-coating also ensures substantially increased tool lives and better workpiece surfaces. This effect comes to light most in terms of the service life of rotary transmissions.

And that is not all: our specialists also give you comprehensive advice about all other process parameters. We like to invite a tool manufacturer or workpiece clamping specialist on board to optimise your process.

First define the process, then select the machine: You can read why the inside-out approach makes sense . 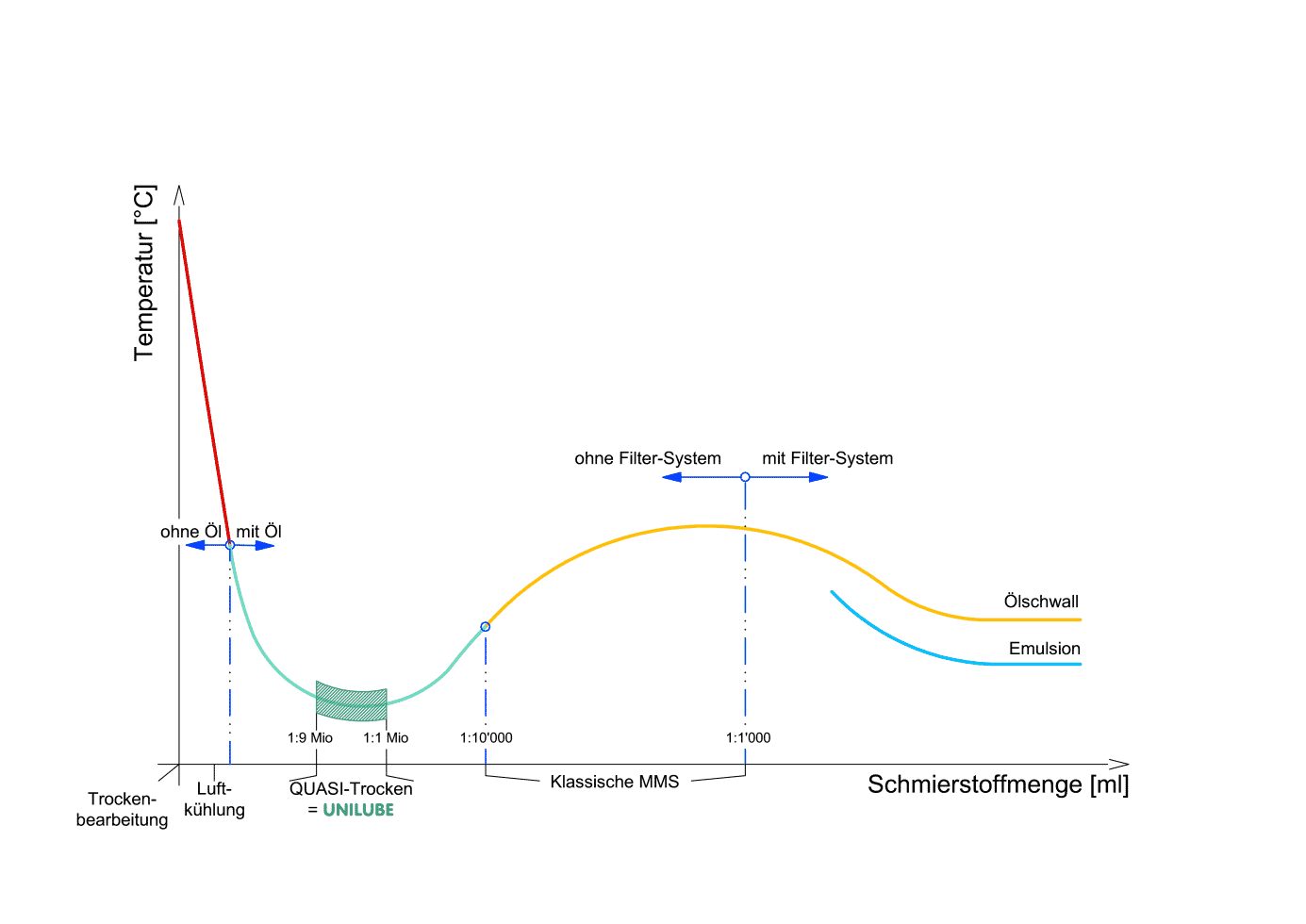